…I realized my son was showing symptoms!  Switching gears for this post to talk a bit about a co occurring condition with Autism for affects many of our children.

PANDAS…  stands for Pediatric Autoimmune Neuropsychiatric Disorders Associated with Streptococcal Infections.  I knew about PANDAS from the Autism Conferences I had attended, but never  looked deeper.

With my younger son,  literally one day ( around late fall of 2012) he was a completely different child.  He started making these gurgling clearing throat noises which gradually got worse as a few days progressed.  At the same time my daughter told me her throat hurt.  I took her to the doctor for a throat check and she had strep throat.  I had them check my son even though he said his throat did not hurt.  He was negative.

The noises were getting more profound so I continued to explore the internet.   He was diagnosed with Autism at 18 months, and was now 11, and had overcome many of the obstacles of Autism.  The child I was told would never speak,  carries on deep experience sharing conversations with me.  He is flexible and is curious, and we typically have a blast wherever we go because of the hard work we did with RDI ( Relationship Development Intervention)   for 5 years starting at age 4.

But now, not only was I seeing different behaviors,  I noticed he started tuning out,  something I had not seen since years before as we were working through developmental stages.  I stumbled across a PANDAS site and read how the culture does not always show positive for children and that the strep is hiding out.  I did something that I don’t recommend but I knew I wanted to see what was happening.  I started giving my son my daughters antibiotic. Thankfully there was enough…  and…within 3 days, after watching my son become another child, was back to his old self.  It was quite scary as I now knew there was something huge happening.

All was well,  but the more I read, the more I knew, another strep infection… would come on strong.  About 6 months later, my daughter complained of a sore throat again…and within a day, my son started having vocal tics again.  Sigh…  so this time…  armed with information I was going to tell my pediatrician what had happened and what I believe is going on.  Unfortunately, all he heard was I gave him someone else’s medicine…so once I got him to move past that…he told me there was no such thing as PANDAS….and I should put my son on medication for tourettes that he could prescribe.  I asked him how that was getting to the core of my sons issue, to which he again told me,  there is no such thing as PANDAS.  The conversation continued …and ended with a script for a lab for blood work to check to determine if he had strep.  Meanwhile so I could show them how he has consistently showed up as negative to strep, we took my son in for s throat check.  This check came out negative, however the doctor I saw ( there are a few doctors in the practice) took one look at my son and said,  he looks like he has PANDAS.  Uhh  THANK YOU!!!  Started him on Antibiotics and again cleared up.  That was spring ..so the fall of 2013 ( approximately 8 months ago) strep entered the house again because my son started ticking.  My daughter did not have strep but sudden drastic ticking from my son meant he was infected.  Another round of antibiotics  but this time they improved but did not go completely away.  Not loving the fact that my son had antibiotic more in his lifetime in the past 18 months then ever ( he was  barely sick as a child)  I wanted to just see if it would go away on its own.  The tics were few but as two months went on,  I noticed he was becoming less like himself.  Back to the doctor I go,  but this time the antibiotic did not do anything.  Clearly we discovered that 1.  He needed a stronger antibiotic and 2  he may need it for a longer duration.  While we were figuring this out his auto immune response went into full swing, and it was to the point where he was ticing every few minutes ( or worse) and the antibiotic was not helping.  The infection was clear…but the antibiotic was not helping his auto immune response.  This lovely time was happening in November-December 2013.  I started exploring doctors who specialize in PANDAS under my pediatricians recommendations…and contacted a few.  At the same time I came across many referenced to Essential oils. ( I was introduced by a friend in December before we went to Disney world)…but when I came back I started more detailed research on Essential oils.  We were in January and my sons tics were still profound…every few minutes like a barking.  He had been on antibiotic since December so 6 weeks of antibiotic with only slight improvement.  My pediatrician explained to me that his Auto immune response was in activated so the only thing she could offer me was certain medication for tourette’s or blood pressure that showed helpful with tics…and that I should see a neurologist.   Part two will be posted tomorrow 🙂

Together, we can make a difference in the lives of our children

watch my newest video on what is RDI 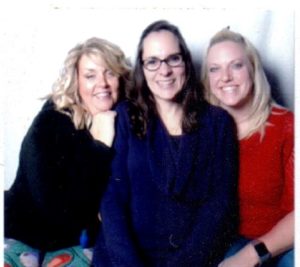 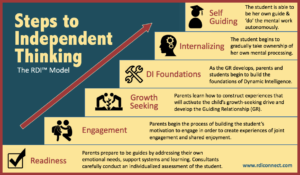